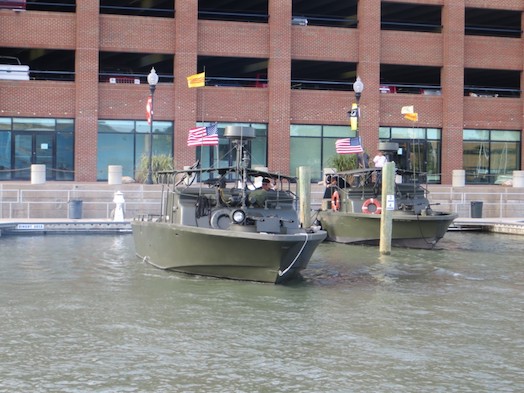 Ralph Richason sent me these pics he took from the Miss Hampton II tour boat, owned by Mike Hebert, The Riverine Reporter for the US Army’s 458th Transportation Co. (PBR) veterans group! 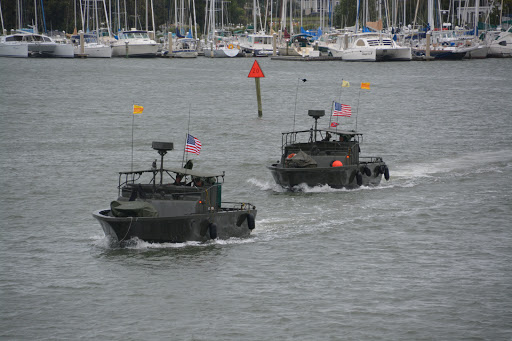 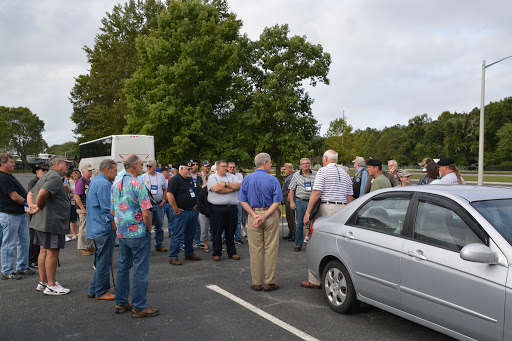 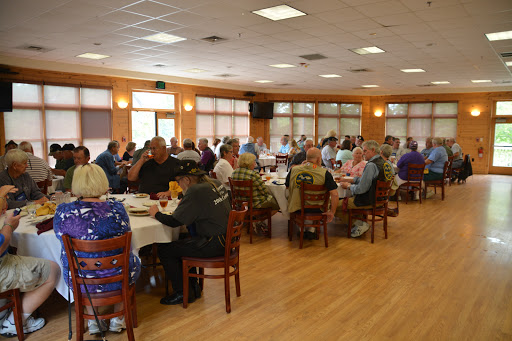 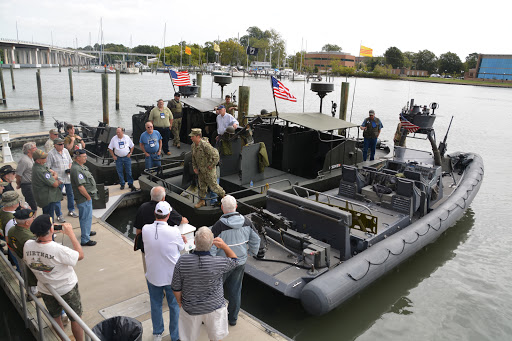 Well, it’s over, but not in our collective memories!

This joint US Army-US Navy reunion, under the US Army’s 458th’s Transportation Co. (PBR) Vietnam Veterans reunion officers, went better than expected. We canceled the rock fight because we were one, and brothers in arms! CMC Jeff Covington, formerly with NECC Little Creek and now assigned to the Joint Task Force Civil Support at Fort Eustis, our good friend who will support us at the drop of a hat, and whom we would do the same for, made all the arrangements with Maj. Gen. William F. Roy at Fort Eustis, who spent a lot of time with us on the boats and was well received by everyone! Thank you Master Chief for your support!

CMC Bill Austin, from Special Boat Team 20, at Little Creek, Va., who came to our support by providing us with Two (2) RIB fast attack boats under the command of Senior Chief Chris Favata, who gave us a rallying speech about the state of readiness of the Special Boat Units in the 21st century and his outstanding crews, who made our event the most successful event that I have ever been involved with!

Maj. General Roy, Commanding General of the Joint Task Force Civil Support at Fort Eustis made us feel right at home with the wonderful welcome speech he gave at the Lakeside restaurant at Fort Eustis. Thank you General, it meant a lot to us old vets!

I’ll have more to say about the event, and those who made it happen in the very near future while I gather the pictures and thoughts I have. But here are some pics for now. 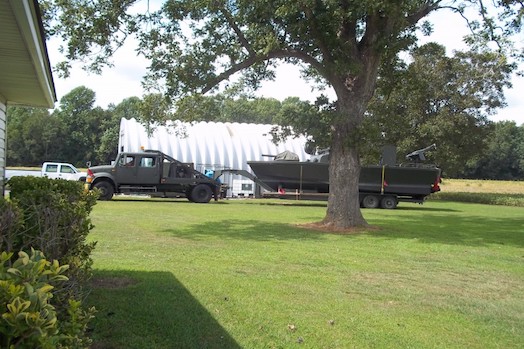 Sunday evening , Sept 20, 2015, at the Pelican Marina, Elizabeth City, North Carolina. PBR’s 721 and 6927 are all set to get underway at 08:00 Monday morning!  Gamewardens, MMCS, Bill Ferguson and his wife Nancye stopped by for some refreshments and to wish us a safe journey!

The following are current pics taken this evening!

Today marks a small historical event not seen in some time here on the East Coast,  when there will be two (2) PBR’s on the same river! 🙂  Dave Pizzoferrato  is trailering his PBR 6927 down here from Richmond, Ohio to the Pelican Marina here in Elizabeth City, NC today, to join up with PBR 721 on the Pasquotank River.

Monday we will be taking both boats from Elizabeth City, NC. up through the Dismal swamp canal to the Elizabeth river, then past the Portsmouth Naval shipyard and the Norfolk Naval base,  to the Crown Plaza hotel in Hampton, Virginia for our Joint US Army and US Navy, PBR combat crewman reunion!

Dave and I have been working on the event for over a year, not only for the reunion , but to get our two PBR’s in the water on the same river!  I hope we will get some good pictures of the event to pass on to you all, next weekend perhaps!